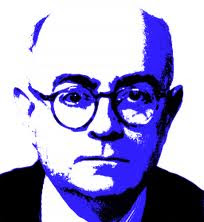 This is the second extract from a piece I wrote on Adorno and Jazz, part of a longer article in which I analyse, from a socialist perspective, Adorno's critique of the genre...

Adorno's critique of the commodification of culture extends to classical music insofar as it is fragmented by commercial pressures, and "served up" to the masses in a form which, in tearing it out of context, renders it aesthetically meaningless. The process of commodification tears the heart and meaning out of classical music just as surely as it does "pop" music. As he says: "The difference in the reception of official "classical" music and light music no longer have any real significance. They are only still manipulated for reasons of marketability."

However, he is particularly abrasive about jazz and its associated musical forms, presumably since it has no cultural pre-history outside the context of modern capitalism and commercial mass consumption. Among Adorno's examples of types of "temple slave" he specifically singles out the "jazz enthusiast who legitimizes himself by having knowledge about what is in any case inescapable." For Adorno, jazz (and by implication everything that fed into it, including the blues) seems to embodify the worst aspects of cultural commodification and fetishization, and since its internal laws are radically different from those of the European classical musical tradition, he views it as somehow a defective, inferior form of culture which is utterly, irrevocably debased. Both classical and "pop" music are disintegrated by commodity fetishization, but in this process it is "pop" music which is tested to destruction. As he says: "If atomized listening means progressive decomposition for the higher music, there is nothing more to decompose in the lower music."

He goes on to argue that since jazz is rigidly formulaic and totally standardized "the charms which (the listeners) enjoy must be of an approved type." Of dissonance in jazz - the so-called "blue notes" - he argues that although "even techniques of intentional misplaying have developed...an appearance of harmlessness accompanies all these customs". He further argues that every "extravagant sonority" in jazz must be produced in such a way that the consumer hears it "as a substitute for a "normal" one." He argues that the characteristic elements of jazz are presented in a fragmented, dissociated way, so that "all that is realised is what the spotlight falls on - striking melodic intervals, unsettling modulations, intentional or unintentional mistakes, or whatever condenses itself into a formula." He draws a parallel between the way jazz is listened to and Walter Benjamin's notion of the state of distraction which is the condition in which people view a cinema film. "Deconcentrated listening", he argues, "makes the perception of a whole impossible."

Adorno's analysis of the impact of commodification upon popular culture is striking, as is his description of the fragmenting, atomising effect of the new technology of the time both on the cultural forms and the individual consumers upon which it impacted. However, the conditions under which he was writing (about which I shall say more later) meant that he adopted an overly pessimistic view of what the likely effects of the commercially-driven new technology would be. This pessimism led him to see "the masses" as being completely passive in the face of the mass commodification of culture which he described so vividly and hated so utterly.

He also had no cultural yardsticks against which to measure the new music except those of European "high" culture. Although he recognised that the roots of jazz and blues were in the music of slaves, he had no real sense of the black oral tradition from which American popular music had sprung. He does not acknowledge the music's specific history, its distinct value-systems, its function in black society, and in particular its role as a psychological and ideological barrier, a communal weapon against the racist conditions under which it developed. All these qualities gave the blues and jazz its enormous strength and vitality, and accounted in large part for their popularity not just in the black communities, but across ethnic boundaries, both nationally and internationally.

Although the conditions under which Adorno wrote may explain the particular quality of his antagonism towards the new music, I believe his violent antipathy repays study, since it crystallizes and puts into a specific ideological context much that was expressed at the time, and is still felt (though less often expressed), from a "high cultural" standpoint, about popular music. Although Adorno's critique of popular culture was rooted in a Marxist analysis of commodity fetishization, which gives it its particular strength, in his attitude towards "the usual commercial jazz" he was not so dissimilar from this moralistic voice, heard twenty years earlier, in the New Orleans Times-Picayune (20 June 1918): "Why is the jass music and, therefore, the jass band? As well ask why is the dime novel or the grease-dripping doughnut. All are manifestations of a low streak in man's tastes that has not yet come out in civilization's wash."(2) Or this portentous passage from a 1921 edition of the Ladies' Home Journal, written by Rabbi Stephen T. Wise: "...when America regains its soul, jazz will go - not before - that is to say it will be relegated to the dark and scarlet haunts whence it came and whither, unwept, it will return after America's soul is reborn."(3) Adorno, like the Times-Picayune, saw jazz as part of a wider social degeneration into an inferior and debased popular culture, and, like the good Rabbi, regarded its effects on its listeners as utterly deleterious. In the next section I shall go on to look at the historical and ideological forces which shaped Adorno's views of popular music.

Adorno was writing at a time when he was, both literally and in cultural terms, not at home. A refugee from Nazi Germany, he had come to America in 1938, and had found that society, and its much more high-profile and pervasive popular culture, not to his liking. His extreme alienation from American popular music, especially what he categorized as "the usual commercial jazz", comes through quite clearly in this essay. He calls it "trash," "a drug," "unreal," "silly," "nonsensical," "vulgarized," "dreadful," "debased." He regards the instruments used, such as the guitar, banjo and accordian, as "infantile," "intended for players who cannot read the notes," and as much inferior to the piano.

Significantly, he reserves his special scorn for the people who listen to the music, the "fans," regarding them as "victims" of a "sadomasochistic" mass culture. He talks of "the tired businessman (who) can clap arranged classics on the shoulder and fondle the progeny of their muse," who is "confirmed in (his) neurotic stupidity" by feeling that by listening to popular music he is somehow "involved in Mr Know-Nothing's enterprises." Several times Adorno compares those who listen to jazz with children. "Regressive listeners behave like children", he says; they are like "a child (who) imitates the teacher"; their involvement with popular music makes them like a "child with a sweet tooth...in the candy store." Their listening is "infantile listening." They are "childish; their primitivism is not that of the undeveloped, but that of the forcibly retarded." Adorno expresses an unbridled disgust for these new primitives, trapped in an "infantile milieu" of masochistic alienation, who "wrench open a great formless mouth with shining teeth in a voracious smile, while the tired eyes are wretched and lost above."

Later, he talks of the jazz dancers, the "jitterbugs," who "behave as if they were electrified by syncopation", but for them the "weak flesh punishes the lies of the willing spirit; the gestural ecstasy of the infantile listener misfires in the face of the ecstatic gesture." The music, he says, promises freedom, passion, eroticism and ecstatic liberation from the mundane, but these are precisely the things which it can never deliver, since under the atomising impact of contemporary capitalism and commodity fetishism the cultural form has disappeared into meaningless fragments, and can now objectively only serve to further enslave its listeners in the frenzied pursuit of "pseudoactivity."

Adorno scorns the "jitterbugs", who, he says, have adopted the name "as if they simultaneously wanted to affirm and mock their loss of individuality, their transformation into beetles whirring around in fascination." But, he says, "Their ecstasy is without content...It is stylized like the ecstasies savages go into in beating the war drums (my italics). It has convulsive aspects reminiscent of St Vitus' dance or the reflexes of mutilated animals." This passage is not only remarkable in its visceral revulsion at the music and its adherents, it also expresses a very real sense of the baffled collision between two utterly different cultural codes - European "high culture" and the black oral culture out of which both jazz and the blues grew - a collision whose reverberations still echo today. The passage contains clear evidence of the ingrained racism and paternalism of a white European culture which was regarded as implicitly superior, in its references to "savages" and "war drums", and also in the vivid description of the "great formless mouth with shining teeth in a voracious smile", which seems, in its oblique invocation of racial stereotypes, to evoke an almost Freudian sense of the fear of the (ethnic) other.