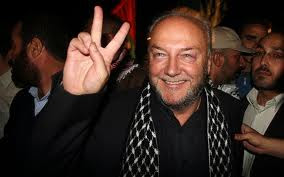 The winning by George Galloway of the Bradford West seat is sending shockwaves through the political establishment, and will hopefully signal the acceleration of a process whereby the decay of traditional neoliberal politics is met by the rise of radical, sometimes local alternatives.

Sections of the media, especially Labour-supporting, are eager to downplay Bradford West, to call it a one-off vote for a maverick politician, or to see it as something to do with narrow, ethnic, Pakistani politics, with no wider relevance or resonance. It was a by-election anyway, and they can always be a bit freakish

It is true that some of the appeal of what even the media are referring to as the ‘Galloway bandwagon’ is connected with his undeniable charisma, rhetorical skills and high profile media-savvy approach. It’s worth remembering, though, that those weren’t enough to get him elected in Poplar and Limehouse in 2010.

Had he won Bradford West by a slim margin, to be honest, I, too, would be inclined to regard it as a one-off. But winning by a landslide 10,000 majority is extraordinary and shows that forces greater than Galloway’s ego (yes, they do exist!) are coming to bear here.

Some things need to be said, however, about the argument that Respect’s is a narrowly ethnic politics.

Firstly, what unites supporters of Respect was, and is, in most cases opposition to the disastrous wars of occupation waged by successive British governments, together with the long-standing occupation of Palestine. As these are in Muslim countries, it would be surprising if Muslims in Britain did not constitute a large presence in its ranks.

But the initial perspective of Respect – and I speak as one who stood as a Respect candidate for a Portsmouth council seat – was always to reach out more widely than a narrow self-defining ethnic ‘identity politics’ to the increasing number of working-class people who opposed the wars and were alienated by the main parties, the ‘three cheeks of the same arse’, as Galloway liked to call them.

One of the most positive experiences of my political life – on a par with attending the second Rock Against Racism carnival in Brockwell Park in 1978 and stopping the English Defence League marching in Tower Hamlets in 2011 - was campaigning for Galloway in Tower Hamlets in 2005, where on the street an euphoric, carnival atmosphere reigned as people of all ages, from many different ethnic backgrounds, declared their intention to vote for the party. It was a humbling experience to be immersed in a hugely multi-racial community in which so many ordinary people, sometimes very poor people, saw the hope of a changed politics becoming a reality. A project which could unite people of many different ethnicities was doubly important given the Islamophobia and racism which is so often the consequence of wars of occupation.

The Respect project was, more than anything else, about connecting with the dispossessed – economically dispossessed, politically dispossessed. In this sense, class was always more important for Respect than ethnic identity. What was always most important was that we stood for the powerless against the powerful. If that is ‘populism’ there are many who saw it as preferable to the slippery Orwellian careerism that characterised so much of the Blair project and of the corrupt, self-serving wealth-worshipping political culture that ‘New’ Labour (same old same old) produced.

That is not to say that Respect found it easy to deal with the pressures and tensions of defining and resolving its class identity. Petit bourgeois shopkeepers do not necessarily share the same class interests as catering workers or cleaners. This is what eventually led to the arguments and splits which saw the Socialist Workers Party and Galloway’s supporters going separate ways. Galloway made mistakes but then so did we.

To be honest, all those things seem a lifetime ago: the great wave of resistance which greeted Blair’s war drive; the massive national demonstrations, the civil disobedience, the road blockades and walkouts by school students; the disgust and anger from millions of people that this slaughter should be enthusiastically pursued by a Labour prime minister and a Labour cabinet. The first attempt to launch Respect was in this political context, and was always a conscious attempt to translate the widespread revulsion against the wars into votes, and into electoral gains for a party opposed to war and neoliberalism.

Much has happened since then: a lot of blood has flowed under the bridge. We are now in a different era. What we said would come to pass, came to pass. We always argued that a government that could wage war on working people in a different part of the world would at the last go to war on its own workers and its own people. This is what we are witnessing today. The massively destructive economic crisis that the far left had been expecting for years, even as Brown blustered about ‘no return to boom and bust’ eventually began to hit in 2007, and has been going through its various phases since then.

The banking crisis resulted in the most massive nationalisations in history as national governments moved in to protect their banking sectors from the consequences of their own greed, hubris and criminality. Lenin noted that there was no crisis so deep that capitalism could not survive, provided a way was found to make the working classes pay. This is exactly what is happening at the moment. Millions of people are being forced to pay for a crisis they took no part in creating.

But the point is: they are finding ways to fight back. The process went all the way to revolution in the middle East, crucially the remarkable Egyptian revolution, which continues . In Greece there is street fighting and general strikes, in Spain we saw the young ‘indignatos’ which inspired the global ‘Occupy’ movement, bringing general strikes and mass protest to the US, the belly of the beast. In the UK we have seen student uprisings, the first stirrings of a mass public sector campaign of strikes and demonstrations, and multi-ethnic urban rioting after police killed yet another black man.

It is in this change of political and social context that the significance of the Bradford West result lies. The left has increasingly argued that with the decay of the old social democratic parties whose traditional role was to offer some amelioration of working people’s lives and some protection from the worst excesses of capitalism, a space was going to be opening up for new, more radical political parties. Under the repeated shocks of the economic crisis, it is particularly important that those parties should be of the left, not the right. Remember, something like 88 percent of public sector cuts in the UK have yet to come: the Con-Dems have committed themselves to a programme of economic and therefore necessarily social restructuring which is not only the deepest on record but which will go on for years. And expect increasing numbers of young people - the shock troops of any revolution – to find themselves with plenty of time on their hands…

I don’t want to over-egg the pudding, to overemphasise the importance of just one parliamentary result. There have been too many false dawns. National electoral politics is difficult terrain for the left, as well as being expensive, and it’s only one narrow aspect of a struggle that has essentially to be fought out in workplaces, on picket lines and on the streets.

Yes, Galloway is a bit of a maverick, but come on! A 10,000 majority for a tiny political party with no MPs? That doesn’t just come from hard, professional campaigning. It tells us all something important about the times we’re living in.

It also shows the rest of the left what might be possible, with a bit of imagination, quite a lot of nerve, and a resolutely non-sectarian approach. Let us put together some good results for the Trade Union and Socialist Coalition (TUSC) in the local and regional elections on May 3, and then see where we go from there. But remember, we don’t have much time.

And oh yes, one last thing. If TUSC is serious about getting elected, it needs to do something about the acronym. How can we expect to harvest votes if the first image our name evokes is that of a walrus? Galloway had the right idea. One. Inspirational. Word. Any suggestions?

For the SWP to enthuse about Galloway's victory is rich and ripe. Is there no apology for the destructive behaviour that split Respect, all because the SWP weren't getting enough short-term advantage from it. Apologies are due.