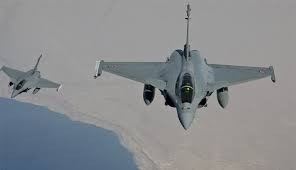 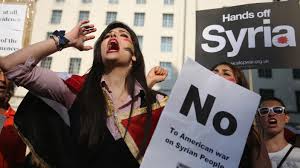 When Chinese premier Zhou En-lai said to Richard Nixon in 1972 that it was ‘too early to tell’ what were the implications of the 1789 French Revolution, he was actually referring to the Parisian turmoil of 1968. Still, it was a good quote, and I was put in mind of it in relation to the 2003 movement of protest against the Iraq war. It didn’t manage to stop that war, but it might just have stopped British participation in the attack on Syria.

British politics is in an unpredictable, fractious state. In the vote on Syrian intervention Westminster seemed, in its contradictory fashion, to finally catch up with the mood on the streets of London in 2003. It was as if the energy of 2 million people had at last found expression in the hermetically sealed chambers of the Palace of Westminster. It seemed to happen almost without design, with Ed Miliband stumblingly thrust into a situation where he found himself accidentally giving the Tories a bloody nose on an issue where they were supposedly strong. In truth, Miliband was more object than subject of history here, with the decisive factor being the Tories who voted the other way.

So, the real question is: why did the Tories vote against, particularly on an issue like this?  Leaving aside Cameron’s arrogance and stupidity, and the hash he’s making of domestic policy, the vote shows just how long the shadow of Iraq is, and how deep anti-war culture has penetrated. The biggest demonstration in British history took place on 15 February 2003. It was a real mass movement, with effective, active groups in every major town and city, uniting all ethnic backgrounds and those of all religions and none. It took the arguments against war into every locality, and, through School Students Against the War, into every school. Protests were held in the inner cities but also in the leafy shires. Tory MPs received letters and petitions against attacking Iraq, and saw protests and rallies. The lies and ‘dodgy dossiers’ severely undermined people’s faith in government and in ‘official’ politics. It is to the credit of the Stop the War Coalition that it did not let the fact that Labour were in office inhibit its campaigning in the way that the US peace movement did once Obama was in the White House.

In fact, in the immediate aftermath of the vote Labour politicians seemed to be horrified at what they had done. Certainly the military and political establishment (and the Tory media, including the BBC) were initially furious at what they saw as sidelining of the government at a time of war and international diplomatic posturing. Cameron was no doubt hoping to ‘do a Falklands’ and use his time in the international spotlight to boost his flagging domestic popularity. Noteworthy, too, and chilling, were the voices, including Boris Johnson’s, musing about a re-run of the vote. Bugger democracy, old boy... This disdain for democratic procedure shows how narrow is the thin layer of democratic skin stretched over the machinery of state, and how quickly it would be shed in a real political crisis.

But the other surprise, apart from the Commons vote itself, was the knock-on effect it had on the U.S. and on Obama. It exposed a real popular reluctance to embrace another war, and tapped in to an international weariness towards more Western intervention after the disastrous Iraq and Afghanistan adventures.  My initial assessment was that the US would go the bombing route alone, but after Obama's apparent acceptance of Putin's plan for a diplomatic solution involving the removal of Syria's chemical weapons, I am not so sure. John Pilger, writing in the Guardian, insists that 'the US intends to crush the last independent states in the Middle East: first Syria, then Iran.' I think he is correct. In which case the question is: will the neocon hawks at the Pentagon win out, or will the pressure of popular revulsion at yet another war succeed in holding this one off?  The stakes are very high. The anti-war movement is still needed. Wars and revolutions, indeed…
Posted by The Joe Hill Fan Club at 05:40