HELP US COMMEMORATE THE STRIKE AND UPRISING 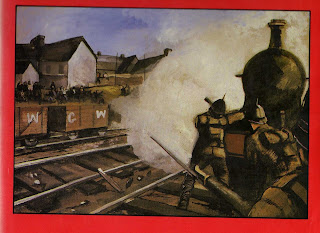 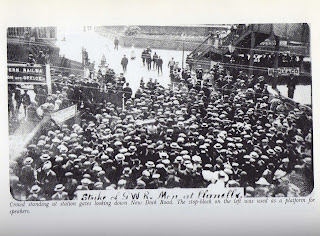 Why were the events of 1911 airbrushed from history? What were the causes of the Llanelli riots? Why did so many Welsh workers come to regard Winston Churchill as a class enemy? How close was Britain to revolution in 1911? We hope to answer these questions and more at the 1911 FORUM.

This will take place at 5.30 on Thurs. 18th August at Llanelli Rural Council Office, Vauxhall, Llanelli. Guest speakers will be Sir Deian Hopkin, historian and writer; Peter Stead, writer and broadcaster; local historian John Edwards, author of 'Remembrance of a Riot''; Robert Griffiths, author of 'Killing No Murder', and myself, Tim Evans. We will discuss the strike and the uprising and their relevance today. There will be plenty of time for questions and discussion from the floor.

On Sat. 20th August will be the keynote event of the week – a March and Rally through the centre of Llanelli. We will assemble at 12.00 noon at Llanelli railway station. Speakers will include Bob Crow, General Secretary Rail, Maritime and Transport Union, TUC representatives, Nia Griffith MP and Keith Davies AM. March will move off at 12.30pm. to the town centre for a rally. Afterwards we move on to Box Cemetery for a wreath-laying ceremony at the graves of the shot men.

Last week I looked at the music we have in store for you. But there’s more.

On Fri. 12th August at 6pm the Performing Arts Department of Coleg Sir Gâr will perform a show about the strike in the grounds of Llanelli Town Hall.

On Thurs. 18th August the Multi Cultural Network will be hosting an exhibition on the strike at Lakefield Community Centre from 11am - 3pm.

On Fri. 19th August at 2.00pm there will be an unveiling and rededication of the plaque on Union Bridge. In the evening Huw Edwards will introduce a documentary on the strike to an invited audience: this organised by Carms. County Council.

On Sat. 20th August at 4pm there will be a free showing of this documentary in the Entertainment Centre.

At 7.30pm at Hall Street Methodist Church, Hall St there will be a Community Theatre production of “1911 -Remembrance of a Riot,” a new musical drama, inspired by John Edwards’ book on the strike. This will be performed by Llanelli Stage Company, with members from Llanelli Musical Players and LLanelli Youth Theatre. Tickets available from Jill Stevens 07870 385513.Donations from £5

There is something here for everybody, all ages, races, religions and backgrounds. Help us commemorate the strike and uprising!