PEACE ON OUR STREETS - WAR ON THE TORIES

I watched the special, riot-themed Question Time Thursday night, bracing myself for a combination of patronising burble from the Dumblebore and imaginative suggestions for punishing rioters that I was sure would come from the studio audience. True, there were quite a few ‘hang-‘em-an-flog ‘em’ types – at least one of whom had the whiff of EDL about him – and Dumblebore did his usual thing: warmly entertain and encourage right-wing perorations but drop any lefty stuff like it was a cold turd ( I speak as someone who had to battle this tactic in the Swansea QT audience about 18 months ago).

Then there was the generally right-wing cast of his panel, with no trade unionists and no people to the left, politically, of John Prescott(!) (ex-Deputy Assistant Commissioner with the Met Brian Paddick, however, outflanking him on several issues in the ‘progressive’ stakes.)

But the odd thing was, it didn’t really get all that bad. They didn’t manage to work themselves up into a righteous, vengeful frenzy. There were several voices arguing for a more nuanced take on things. When Paddick argued that councils couldn’t summarily evict people found guilty of rioting, I think a majority of the audience clapped.

Something very strange is happening. Although we are in the aftermath of the most violent rioting we have seen for decades, the old “this is sheer criminality” line from ministers, MPs and the right isn’t really getting an awful lot of traction. It’s as if quite a sizeable percentage of people understand that just condemning the riots, banging up the perps and throwing away the key doesn’t really wash. It’s as if the disgust so many people have for the expensive imperial wars, the bankers, the MPs’ expenses and phone hacking scandals are all feeding a sense that something is going seriously wrong and must be confronted.

Look, for example, at the amazing piece by Peter Oborne in the Daily Telegraph, of all places. The headline reads “The moral decay of our society is as bad as the top as the bottom.” He goes on to say, “The criminality in our streets cannot be dissociated from the moral disintegration in the highest ranks of modern British society...It is not just the feral youth of Tottenham who have forgotten they have duties as well as rights. So have the feral rich of Chelsea and Kensington... The Prime Minister showed no sign that he understood that something stank about yesterday’s Commons debate. He spoke of morality, but only as something which applies to the very poor: ‘We will restore a stronger sense of morality and responsibility – in every town, in every street and in every estate.’ He appeared not to grasp that this should apply to the rich and powerful as well”.

One difference between Cameron now and Thatcher back in 1981 - another period of recession, austerity measures, cuts and riots - is this: Thatcher had just given the police and army a substantial pay rise. When Brixton and Toxteth kicked off the police were fully on side. Today, far from giving them a pay rise, Cameron is giving them their P45s.

So Cameron and Theresa May criticise police tactics – “too slow, too timid...” Meanwhile Tim Godwin, acting commissioner of the Met, contests Cameron and Theresa May’s version of events, and Sir Hugh Orde, president of the Association of Chief Police Officers, rejects her claim that it was her ordering of a more robust approach that quelled rioting in English cities.

The fact that MPs had come home from holiday was, says Orde, an irrelevance. May had "no power whatsoever" to cancel all police leave. “The more robust policing tactics you saw were not a function of political interference; they were a function of the numbers being available...”

This comes at a time when the phone hacking scandal has already exposed the Metropolitan police as institutionally corrupt, more interested in trousering backhanders and spending weeks in a health spa than in catching criminals. The scandal forced the resignations of both Paul Stephenson and John Yates, which is why the Met is now only led by an acting Commissioner.

I don’t want to overstate the divisions in government and establishment ranks. Over the next few weeks we will be treated to a procession of wretched individuals being dragged before the courts and there will be plenty of opportunities for right-wing hysteria about the breakdown of family life etc etc. The attempts to demonise sections of the working class will continue apace. And we have already seen attempts by the thugs of the EDL to take advantage of the situation and, helped by the media, to whip up racist and anti-immigrant sentiment. The task of the left in this situation is to patiently explain the ways in which the riots and the austerity measures are interconnected. We must ensure that all the attempts to get us to fight each other fail. We must show that the real enemy is in Whitehall and Downing St, preparing cuts which, if they go ahead, will decimate our communities. We must help build the public sector strikes in the autumn. And we must make sure that both the demonstration against the EDL in Tower Hamlets on September 3 and against the Tories at their Manchester conference on October 2 are massive. Let our slogan be: Peace on our streets – War on the Tories. 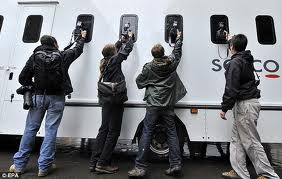