MR BEAN at the TUC 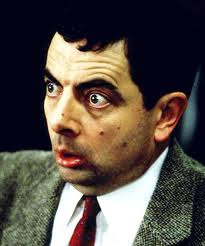 Ed Milliband’s speech at the TUC was rather like listening to somebody from another planet. It didn’t help that sometimes he does rather look like somebody from another planet. But to tell workers whose pensions are about to be ripped off big time that they shouldn't go on strike is to say the least ill-advised. Especially when he follows through by saying that the next Labour government won’t reverse any of this. ’Can’t’ is what he said, but won’t is actually what he meant.

His political minders have told him that whatever he says, he must oppose strikes, as it will lose Labour votes. But up to 3 million workers look set to strike on 29 November, with more later. Don’t any of them vote?

He sounded truly dislocated from reality. At least, from the reality that I can see.

What I can see is: millions of public sector workers braced for the attacks on jobs and services which are coming. Millions more disgusted at the phone-hacking scandal and the even greater scandal of the bankers. I see uprisings throughout Europe, revolutions in the middle East, and even in Britain demonstrations and riots.

These things are deeply interconnected, occuring as the ruling classes of the world try to make working people pay for the greed and fuck-ups of the bankers and the rich. And Millipede reflects nothing of this: instead he upbraids trade unionists for even thinking about going on strike to defend their pensions.

How detached from real life has Labour become? Its deference to the free market means there are no reference-points with reality left. Blair took ‘New’ Labour further into a neoliberal world of managerialism and management-speak, a bizarre born-again sect which acted as social democratic cheer leaders for the free market.

Crucially, they jetissoned any notion of real social critique. Suddenly, the line was that there was nothing fundamentally wrong with the system. The logic from this is that, if problems occur, they are the fault of the individual.

Unemployment does not happen because capital needs a reserve army of labour to keep wages down. It happens because people are too lazy to work.

Education does not fail children because classes are too large and because kids are not really being trained to think for themselves. And the jobs they need don't exist. Instead, it is the fault of bad teachers, who do not work hard enough to implement a top-down curriculum.

Homelessness does not occur because a fundamentally profit-based system is so dysfunctional that it does not regard providing decent housing for its citizens as a basic human right. Instead it is because of the failings of a lumpenproletariat layer of substance-abusers and chavs.

I could go on. The logic of the position is as clear as it is chilling. It is this: if you (as a party, or as a government) wish things to improve (and which party doesn't?), you have to pressurise these failing people into changing their ways. You have, literally, to attack them.

Of course, this provides a neat rationale for the cuts. And it is not simply an economic but also an ideological assault. Milliband praises the academy schools in his constituency, despite the fact that on some level he must know that the academies programme will take money away from the very schools which need it, and will undermine pay and conditions for teachers.

There is talk of ‘lack of aspiration’ as if the homeless are homeless because they have low self-esteem, not because there are not enough houses. In this free market world people are on the sick not because of a system which makes people sick, but because they are lazy.

Target-driven, monotonous shit agency jobs with no trade unions are depicted as the model, the doorway to the sunlit uplands.

Most of us can see that the system doesn't work. It was never meant to work for workers. But nowadays there is doubt whether it is capable any more of generating the sort of profits capitalists have grown accustomed to. It is entering a state of protracted crisis, reflecting what Marx said years ago about the tendency of the rate of profit to decline. Social democratic parties, in some ways even more than the right, are in denial about this.

The real problem is a political one. Labour believes the working class does not exist in any meaningful sense any more. It has believed this for some time. People like Stuart Hall and Eric Hobsbawm exemplify this position. Their 1980s ‘New Times’ analysis in Marxism Today extended the Andre Gorz thesis of ‘Farewell to the Working Class’ ad absurdum. The logical extension of this is the attempt, via the Blue Labour project, to obliterate any real differences with the right. This occurs at a time when, both in Scotland and to a lesser extent in Wales, the Tory party is realising that voters' awareness of its toxicity is a permanent feature, necessitating a re-branding exercise. HOWEVER...IT LOOKS AS IF on 30 NOVEMBER MILLIONS OF WORKERS ARE GOING TO IGNORE MR BEAN & TAKE THINGS INTO THEIR OWN HANDS....